July 5th 2012 started out much the same way any winters day in South Africa would, cold and dark. The weather however was not enough to keep me in bed, because we had some wines to bottle; namely the 2012 Sauvignon Blanc and Un-oaked Chardonnay and 2011 Syrah. I jumped out of bed, ready for the day, the final step, from picking the grapes to pressing and waiting for them to age in either barrel or tank until they were perfect. 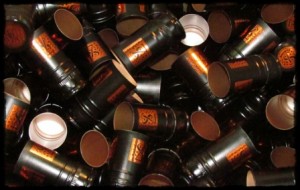 The Syrah was picked last year, 2011, in March, during a heat wave, and made the familiar trip to the cellar, where it  was  crushed and pumped to the tank for fermentation. The 2011 was our second year of making Syrah, the vines were  a year  older and gave me more structure and balance in the wine. The grapes were pressed and barrelled down to  spend the next  13 months in aged French oak. 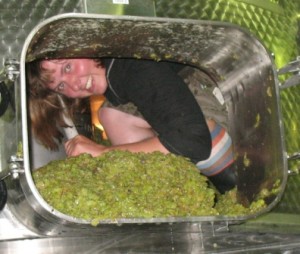 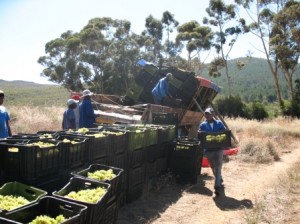 Thankfully Chardonnay can take a bit more of a beating than Sauvvy and it finally made it to the cellar to enjoy  the same love and attention as the Sauvvy, fermenting at cool temperatures and left to age on the lees for 4 months.

Well after all that, you can see why I breathed such a sigh of relief when my babies where finally making it into the  bottle where they are safe. On the day of bottling the air was cold and crisp and thankfully clear with no rain.  Perfect! A team of great girls came to help with the bottling and they worked with the bottled wine with such  respect, I had nothing to worry about. 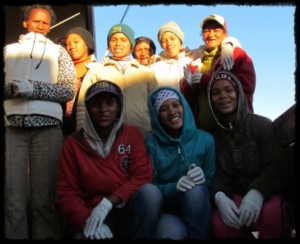 The team of girls that made the day go like clockwork 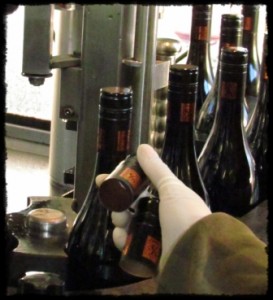 Once the wine is in the bottle the capsules go on and the goodness gets sealed in, YUM! 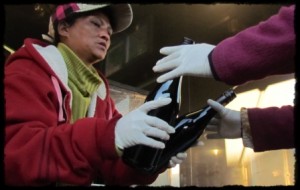 25,000 bottles and 12 hours later we were tired, but more importantly, we were done and  off for a well deserved dinner and a good nights’ sleep. 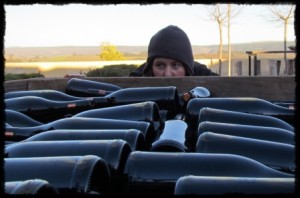 Me, just keeping an eye on everything, especially the wine.

Want to join the discussion?
Feel free to contribute!