It is fresh and fragrant, with a delicate balance between crisp citrus, tropical fruits and subtle toasted oak. It is elegant with a crisp minerality stemming from the terroir and the cooling influences of the nearby Atlantic Ocean only 8km away. The freshness and clean palate of the wine will stand up to rich pasta dishes or roast chicken and will make excellent pairing options to this wine.
Fermentation in tank was natural for the greater part, finished only with a commercial yeast. 100% malolactic fermentation took place in aged French 300L barrels and then the wine was left to mature on the lees for a further 11 months, which helped develop further the creamy palate.

The vineyards had good growth in ideal dry weather conditions during flowering and whilst the fruit set, which happens around late October early November. We experienced none of the customary gale force winds which often prevail early in the season and the grapevines were able to flourish, but the southeaster was out in force throughout December.
From mid January until April the conditions were hot and dry, making it a challenging year with respect to irrigation management. The ripening period was dry and warm, keeping our harvest season quite short.
Watch our video, listen to what our Winemaker  has to say about Seven Springs Chardonnay 2013 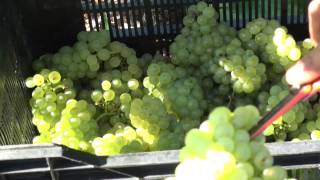