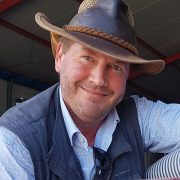 To understand what is meant by Cool Climate wines it is important to understand how the vine functions and how this affects the quality of the grapes (and therefore, the subsequent wines).

At the end of autumn the vines send their sugar reserves back down to the rootstock for the subsequent season. In the process, the leaves change colour, a cork like substance is formed in the stem of the leaf, which subsequently drops off.  As this process happens, there is a build-up of a hormone called abscisic acid, which sends the vine into dormancy for the winter period.

In order for the vine to wake-up properly in the spring, this hormone needs to be degraded by cold units (below -2*C for at least 4 days). In the event of a lack of cold temperatures this hormone remains present in the vine and can lead to a number of problems. The most important of which is uneven bud-break. If your vines don’t bud evenly it can lead to a number of problems; uneven growth along the canes, uneven flowering and berry set, to name but a few. This ultimately will result in uneven bunch sizes and varying ripeness (which is a nightmare for picking dates and the subsequent components within the grape – high sugars in some and a lack of phenolic ripeness in the skins resulting in green tannins, high acidity and a lack of colour or flavour).

A further problem is also that if cold temperatures are not obtained and warm day-time temperatures persist, one may witness premature budding, making the vine more susceptible to incremental spring weather resulting in higher fungal pressure (more chemical intervention) and / or damage to the vulnerable new shoots from wind, hail, rain etc. I often compare this phenomenon to a lack of sleep in humans, as one is often less performant after a poor night’s sleep. Long-term, this may also contribute to a shortened life-span of the vine itself (which is why “old vines” are often a rarity in South Africa when compared with the European continent).  Premature pruning will trigger the vine into budding early, bringing with it all the problems previously alluded to. The later one prunes, the longer the vine can “sleep” and the better it will perform, with less need for chemical intervention and with a better natural immunity against drought, excessive heat, fungal pressure or infestation from predator insects.

To conclude, colder temperatures allow for better bud-break and late pruning allows the vine to recuperate from its efforts of the previous season. Pinot Noir and Chardonnay are particularly susceptible to warm weather and a lack of dormancy. This is why these two varietals perform best in the cooler winter climates of Champagne and Burgundy as opposed to the warmer South of France. Therefore, planting these two varieties tends to work better in regions such as the Overberg, Hemel en Aarde Valley, Elgin and the Cederberg as opposed to Paarl, Wellington and the Swartland.

Since joining Seven Springs I have made a few minor changes to our viticultural cycle to allow for better dormancy (by pruning as late as possible in August, thus allowing for a longer window of opportunity for “cold-units). As you drive by the vineyards in many parts of South Africa, you will notice numerous farms start pruning as early as June, which is poor practice (but convenient for the scheduled holidays of farmers). One has to intervene when the vine requires, as opposed to when it suits us human beings. Mother nature will always win this particular arm-wrestle and to work against her will only bite you in the ass later on in the season

Cool Climate regions refers more to areas with colder winters as opposed to cooler summer temperatures (which also has on stress levels of vines in season), but winter is the key that unlocks true potential.

As the old saying goes, “you can make a bad wine from good grapes but you cannot make a good wine from bad grapes”. 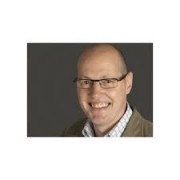 The quality and the intelligent, classy and quite European-styled nature of this whole portfolio continues to impress. 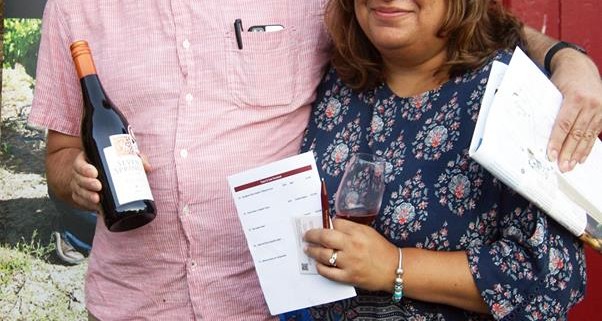 We have just had a whole page devoted to Seven Springs Vineyard in the November edition of Decanter Magazine. The whole article is entitled “Buying a Vineyard” but we guess in our case it could have been entitled “Buying a piece of land with cattle roaming on it”….but we guess that might not be a too appealing headline. This is the article as it appears in the magazine.

We have been very busy here at Seven Springs and it doesn’t look like the sudden winter here in the Overberg is going to slow us down.  If you thought it was still Autumn, well guess again. The leaves might be golden, but the mountain tops are getting their first dusting of powdery white snow. 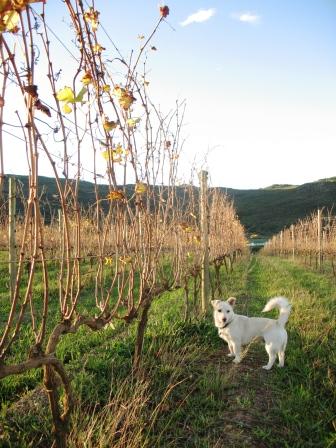 Benson in the Autumn Syrah vineyards

Recently we had a promotion at a local Italian restaurant, Fabio’s Ristorante, with great success. As part of celebrating the success of the promotion, but also to thank the team at Fabio’s we had a lovely tasting on the farm, even though it was windy. 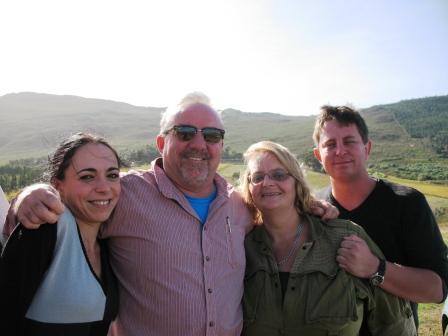 What a great team and great support from the local community in Hermanus. They are the only authenic Italian restaurant in Hermanus and should be on your list of places to dine, have a look on http://www.fabios.co.za/. Who knows, maybe you can enjoy a glass of Seven Springs when you are there!

We have also been very busy marketing our wines in the Overberg with Swellendam the newest area you can find our wines. Schoone Oordt, a five star guesthouse serving our Chardonnay, Sauvignon blanc and Pinot noir to their patrons. With a great team of people involved in the guesthouse, Swellendam and Schoone Oordt ( http://www.schooneoordt.co.za) is a real gem and worth spending the night if you ever feel like being treated like instant family.  Our wines are also for sale at De Keldermeister in town and on your way to Swellendam you can stop in Riviersonderend and buy our wines at The Wine Rack. 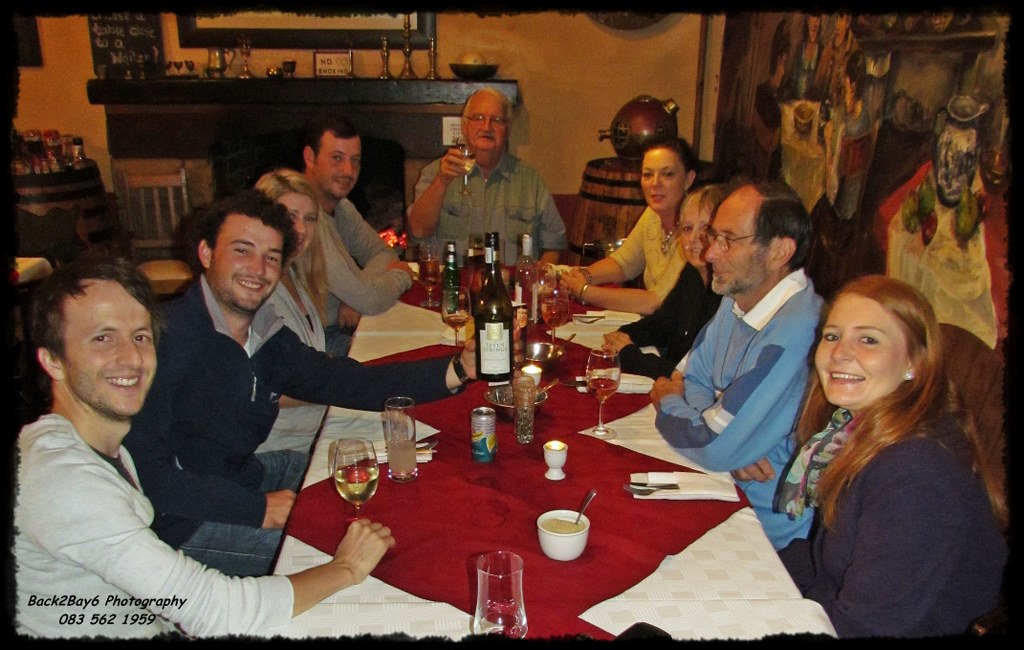 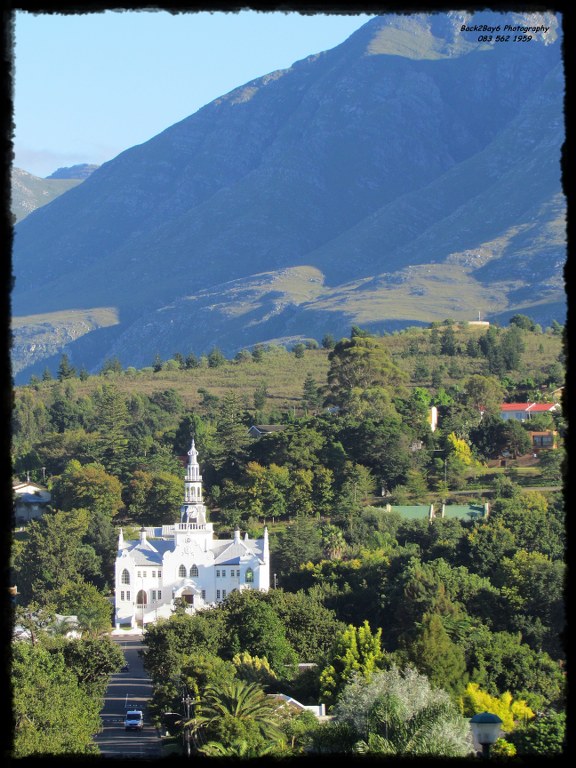 This week we had our annual Tradeshow with distrubutor Siris Vintners – Siris About Wine. This year the show went underground with the event taking place in the basement of the Upper East Side Hotel, creating an intimate tasting environment where it felt like you were in a barrel cave. Trade and wineries could connect and talk about all things wine. All-in-all a very enjoyable event and successful to boot. We also got to show off the fact that our 2012 Unoaked Chardonnay and 2011 Oaked Chardonnay both won a Bronze Medal at the 2014 Decanter World Wine Awards. 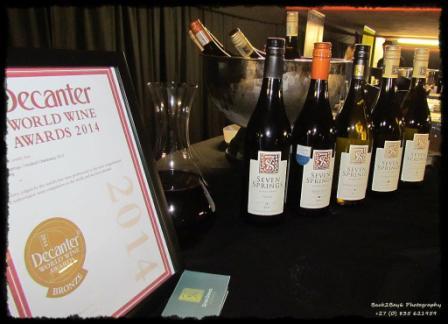 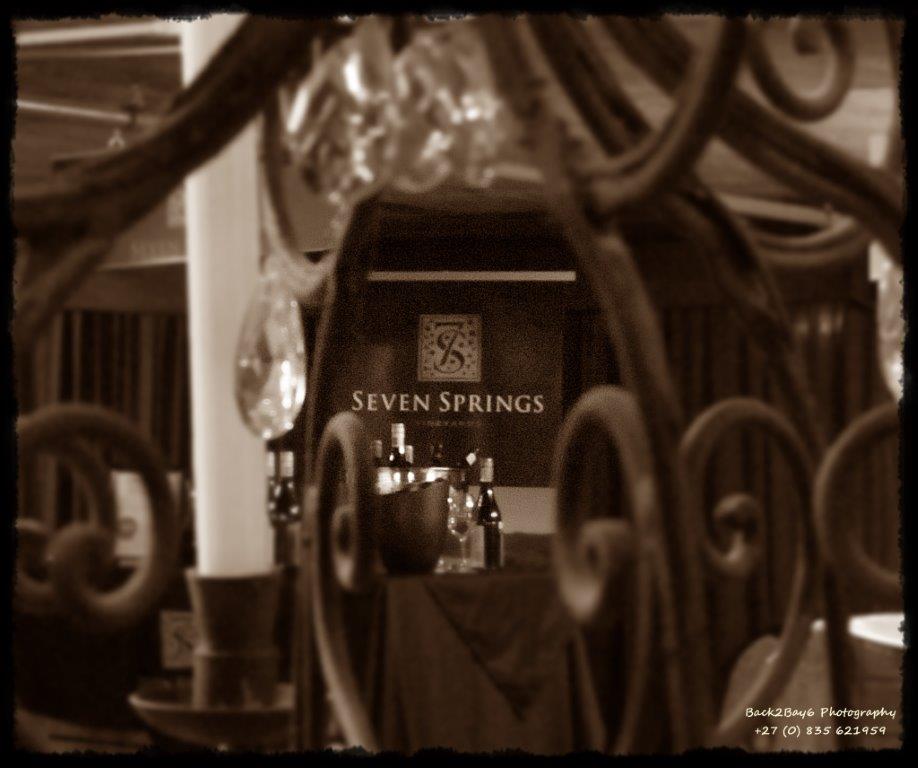 Harvest report to follow soon. It was a tough 2014 vintage and I think I’m still recovering like most viticulurists and winemakers in South Africa. Also be on the look out for upcoming news on the building of our own winery and tasting room on the farm. 2014 is a big year for us and it is all thanks to our local and global support, so thank you to you all.

When we are not harvesting, we play!  – a blog by Hetta. Whilst this is not true, some things, like making  jam or pickling your own olives, may feel like it!
During the Harvest 2012, we saved some Chardonnay, Sauvignon Blanc and Pinot Noir grapes, to make jam.  In South Africa (in Afrikaans) we call it “Korrelkonfyt”.
Korrelkonfyt is wonderful with some home made bread when you have a fish-braai (barbeque). 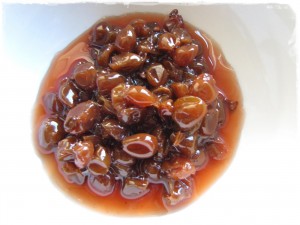 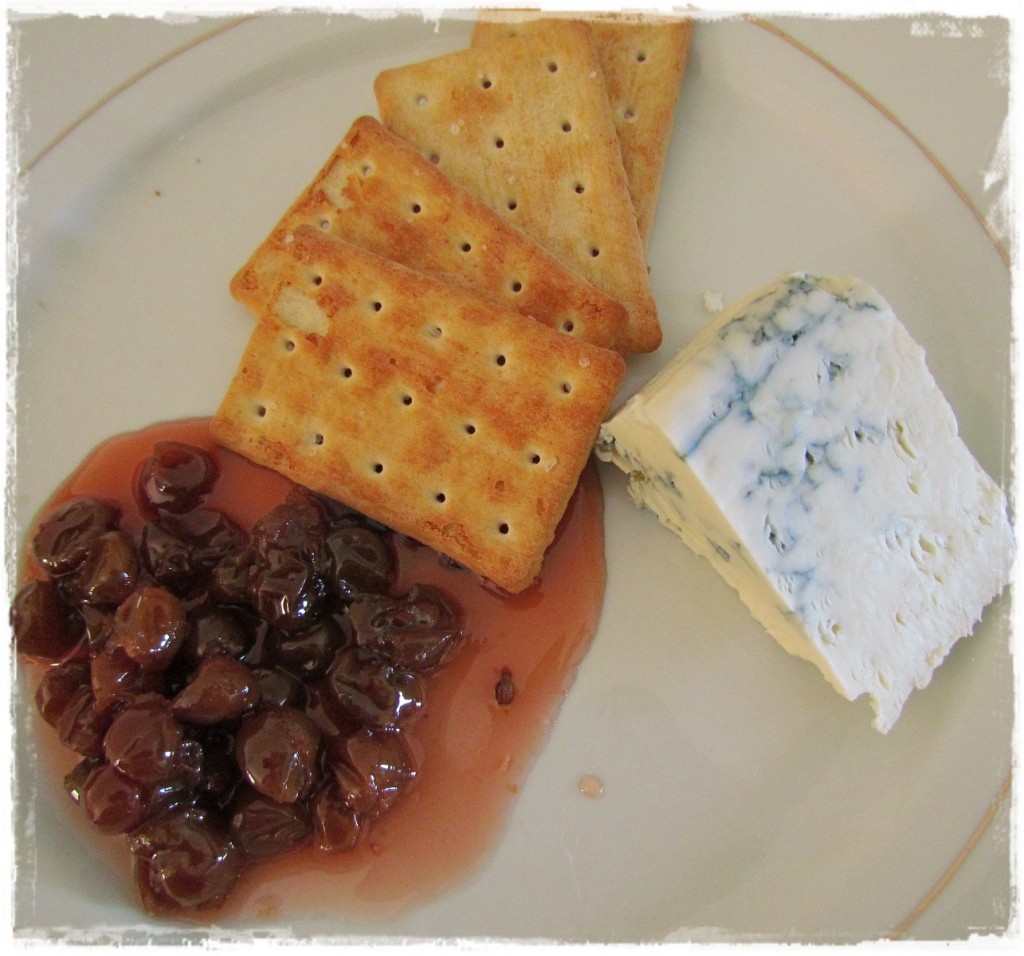 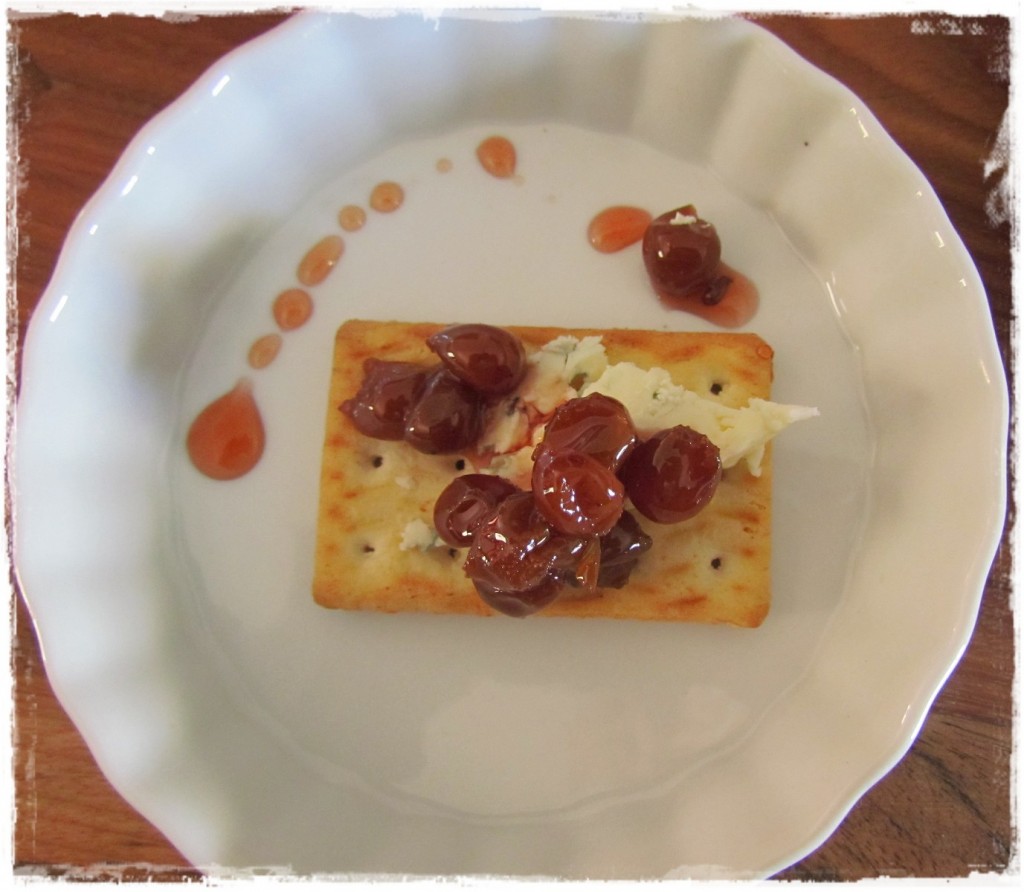 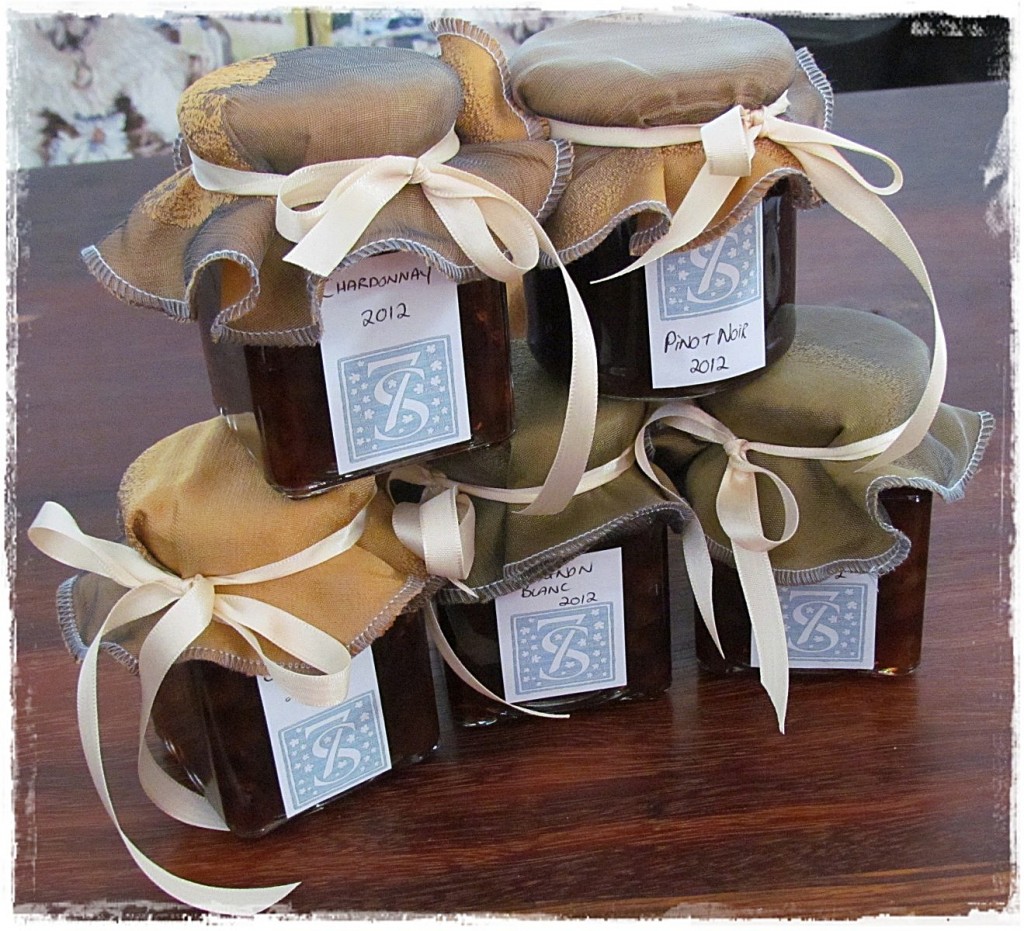 This is the first time we have used the salt-curing process to preserve our olives.  It is a less time consuming method of preserving olives so let’s see what they tatse like
.

After some time in the salt, the olives look like small dried prunes. 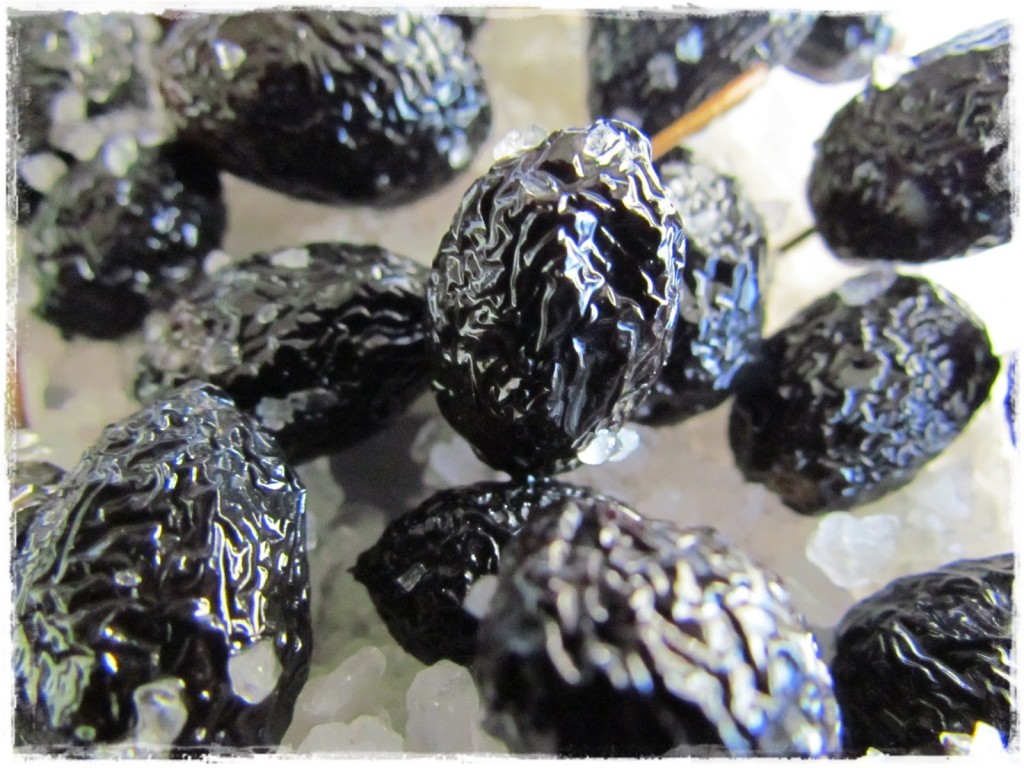 Our first salt-cured olives bottled with a couple of chillies. 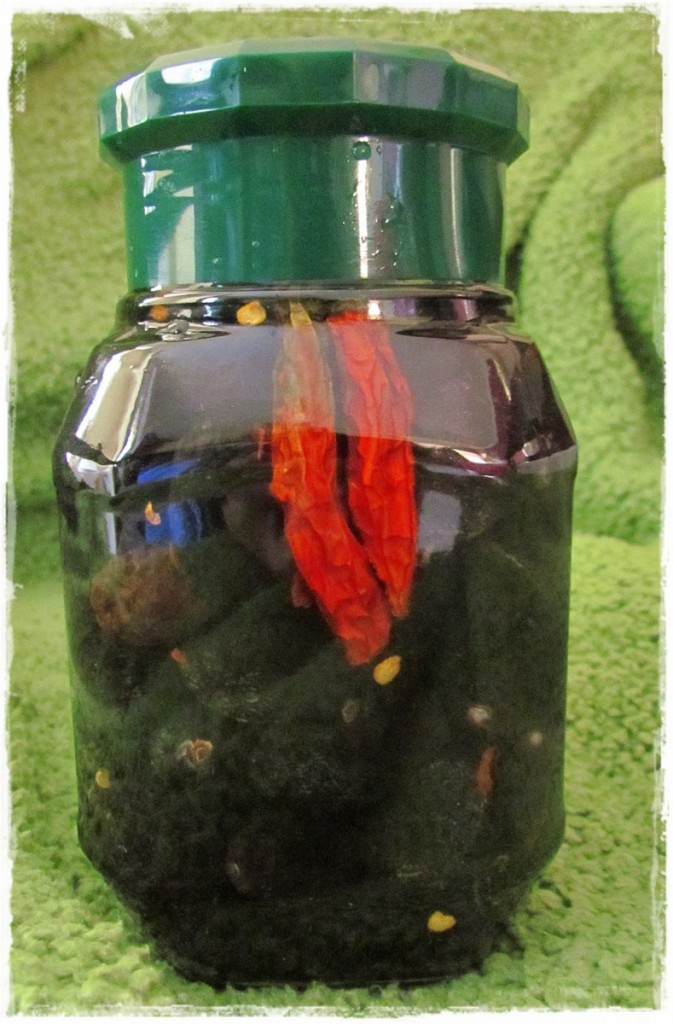 The olives are rinsed, buckets washed and new salt solution added weekly, until we are satisfied that they are ready to go into the brine. 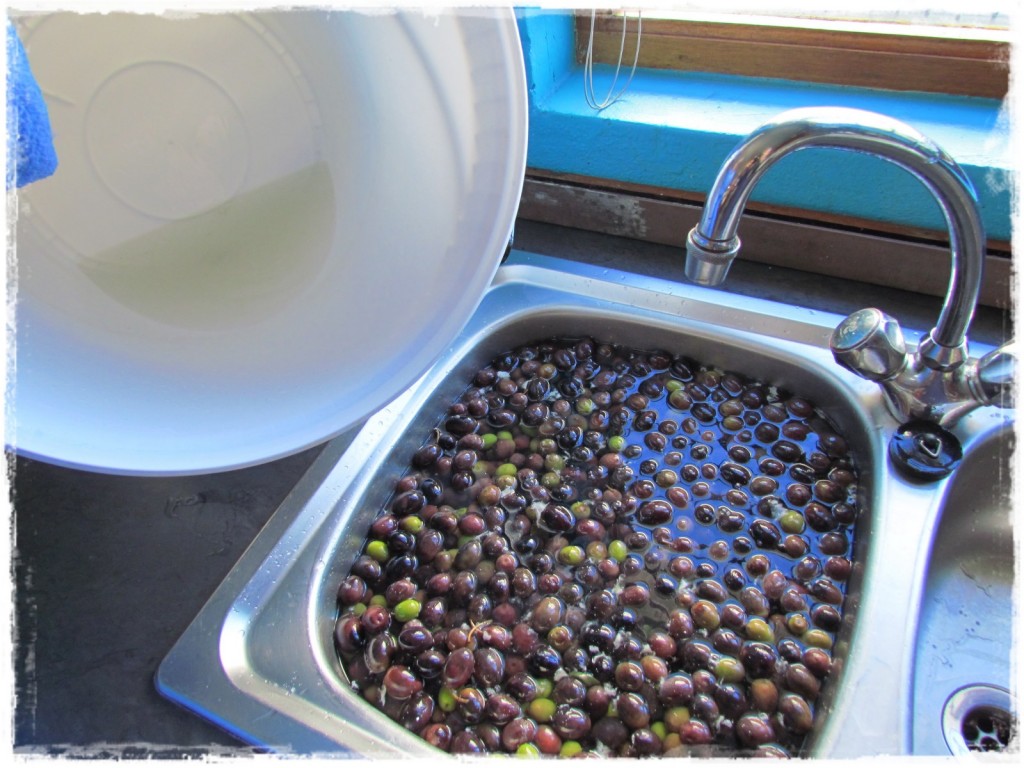 Waiting to be bottled in a week or so. 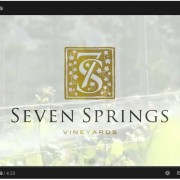 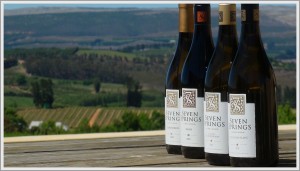 This super video, taken in our vineyards and surrounds, has just gone live on YouTube. The video was made by the talented Charles Lourens of http://www.bottleplatepillow.com . We are really pleased as the video truly conveys what we at Seven Springs are all about. Thank you Charles, you have done us proud.

Seven Springs Vineyard has just had a question and answer article published in the South African restaurant guide, www.ratethatrestaurant.co.za, on 21st September 2010. Tim Pearson was interviewed by Bradley Crewe-Brown from the magazine giving some insight into Seven Springs and his hopes for the future. Bradley interviewed Gordon Ramsay earlier in the year when he visited the Cape but in Tims interview you will find less expletives! The full story can be read by following this link.  http://www.ratethatrestaurant.co.za/seven-springs-vineyard/

Seven Springs Vineyard is the first South African wine producer to be listed on the wine information website Haidu, http://www.haidu.net. This site is in its infancy but already has some top wineries listed from France and the USA. It also has a great resource from wine bloggers linking into the site. Check out our profile page on the website http://www.haidu.net/winery-seven-springs-vineyard . We feel a sense of pride being included on a site that lists the likes of Chateau Margaux, http://www.chateau-margaux.com.