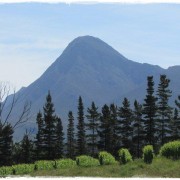 As the summer season fast approaches, thoughts of lazy afternoons on the veranda, a glass of vibrant red Pinot Noir <https://7springs.co.za/ourwine/> in hand and laidback conversation as the sun begins to set over a sprawling mountain range, is, for many wine lovers, the very definition of Paradise. There is something instinctively soothing and rewarding about wine; it is as though our entire working day was meant to lead up to this perfect moment when the mood is Zen and the ambience, one of languid enjoyment. Although it seems that every time we turn on the news or pick up a newspaper, we are being told to curb our cravings, cut back on carbs or head speedily to the nearest gym, our body is somehow our wisest teacher and it tells us that this special moment of relaxation, is necessary. Interestingly, our almost instinctual love for wine is backed by a host of findings indicating the surprising health benefits of the drink of the Gods. In this post, we reveal that wine and its derivatives are good for so much more than your soul… but we bet you already knew that!

*Resveratrol vs Cancer:* A recent study<http://medicine.missouri.edu/news/0202.php> by the University of Missouri School of Medicine indicates that resveratrol (a potent polyphenolic compound contained in red wine and grape skins) can make cancerous cells more susceptible to radiation treatment. The study found that melanoma cells reacted better to radiation if they had been treated previously with resveratrol. When the cancer was treated with resveratrol alone, some 44 per cent of the melanoma cells perished. When treated with both resveratrol and radiation, 65 per cent of the melanoma cells died. The scientists concluded that resveratrol could soon be used to treat a variety of cancers. The Executive Editor of Harvard Health, Patrick J. Skerrett, meanwhile, suggests that these findings don’t meant that we should rush to the pharmacy to obtain Resveratrol supplements; rather, natural  is best<http://www.health.harvard.edu/blog/resveratrol-the-hype-continues-201202034189> and  we should obtain our quotient of the powerful flavonoid from grapes and our favourite glass of red.

*Resveratrol had already previously been proven to be effective in fighting cancer in three stages: initiation, promotion and progression.* A study in the *International Journal of Cancer* found that men could reduce their chances of contracting prostate cancer by consuming a glass or red wine every day. Drinking four or more glasses a week could reduce the incidence of aggressive prostate cancer by an impressive 60 per cent.

*Resveratrol Boosts the Immunity: *In a study<http://onlinelibrary.wiley.com/doi/10.1002/mnfr.201300266/abstract> of  the ability of 446 different compounds to boost the innate immune system in humans, scientists at Oregon State University’s Linus Pauling Institute found that two compounds in particular had a significant ability to raise the expression of a particular gene (cathelicidin antimicrobial peptide or CAMP), which plays an important role in immune function: resveratrol and pterostilbene (the latter can be found in blueberries). The scientists also concluded that combining these compounds with Vitamin D had significantly more impact than when used alone.

*Grapes and Wine Beautify:* Grapes and wine are all the rage at the world’s top spas<http://www.scottsdalespaandholisticmassagetherapy.com/portfolio/red-wine-mask-massage/>, since they contain a potent cocktail of antioxidants, flavonoids vitamins and minerals that promote youthful skin and hair. Crushed grape seeds make an ideal exfoliant for skin while grape seed oil is a choice ingredient for a relaxing massage. Wine has also been used in upmarket hair products,
since its high antioxidant content helps fight free radicals and protect the scalp against UV rays. Grape seed oil is famed for its ability to ward off dandruff and seborrhoeic dermatitis and is rich in Vitamin E and linoleic acid, which are known to strengthen hair. This is particularly relevant to those with brittle or thinning hair<http://www.licensedprescriptions.com/propecia-or-rogaine/>, since hair loss isn’t always caused by genetics; rather, it can be related to ski conditions like severe dryness and even environmental aggressors. Simply drinking wine will do plenty to raise your beauty factor, since its immune boosting properties may stave off a host of autoimmune diseases<http://www.medicinenet.com/alopecia_areata/article.htm> that have serious consequences for the skin and hair, including dermatitis and alopecia areata.

*Resveratrol May Help Battle Obesity: *Another recent study <http://www.nature.com/ijo/journal/vaop/ncurrent/abs/ijo2013155a.html> published  in the *International Journal of Obesity* involved 11 obese men, who were supplemented with resveratrol of a placebo for a four-week period. Those who had taken the resveratrol showed a significant decrease in the size of fat cells, as well as a decrease in the number of very large and large fat cells. The resveratrol group also showed an increased immune and inflammatory response, which is very much in line with the previous findings mentioned above. If these findings have just about convinced you to pour yourself another glass of red, you should be aware that they are only the tip of the iceberg; previous studies had already indicated a myriad of benefits held by wine, one of the most important of which is the promotion of cardiovascular health. If your heart beats for wine, give in to its full-bodied temptation and drink your way to optimal health and wellness.

This ‘guest blog’ was written for us by Claire Lightfoot

What we’ve been up to. 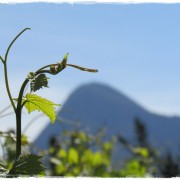 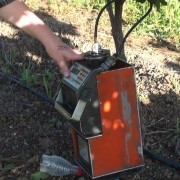 New technology in our vineyards

Want to join the discussion?
Feel free to contribute!